Small Businesses Should Relish Their Own Niche 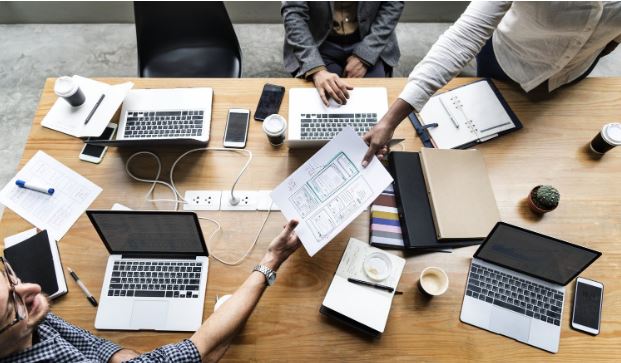 In the economic world, there is a cultural change occurring as we speak. Once upon a time, in the smoke filled rooms of office buildings, there was an agreed upon statement. It was that, small businesses are always going to lose out to big business. Large businesses are now learning that they are the Goliath and small businesses are David. Now entrepreneurs with enough brains, with enough bravery and innovation can challenge and beat them at their own game. They must be careful of who is up and coming to keep ahead of the curve. And yet the funny thing is, large businesses are in fact so large that they cannot move quickly. They don’t adapt very well to sudden changes in the markets. But small businesses do, they always have and always will. This is because they offer something new in the way of a niche product. A niche product or service sets your business apart from large businesses and allows you to penetrate into a market that was previously impermeable.

If you are ever down in the dumps and don’t believe that you can make a product good enough to make some headroom in a fiercely contested industry, then look at the smartphone market. Just 5 years ago, Apple and Samsung ruled wherever they went. But they were so busy fighting among themselves, they didn’t look back or rather below them. Soon, new smartphone companies like HTC, LG, Razer and Huawei surfaced with innovative and unique products. Razer had been thinking of challenging the handheld gaming console market. However, with the advent of the new processors in smartphones and even smaller and smaller RAM chips, Razer chose to make a remarkable gaming smartphone.

They came out with the Razer 1, which had the highest ever Hz rate at 120 in any phone. This meant that the games that were able to be played on the phone really had 60 frames per second for the first time. Suddenly Sony and Nintendo were having their customers stolen away by a smartphone company. Now, with the success they have achieved Razer has released 2 and 3 models. This is just one example of how two sleeping giants can be woken and they can be beaten. As long as you’re innovating and see a gap in the market and are able to execute a project befitting of what consumers demand for excellence, you will come out on top.

Make a fork in the road

Even in complex industries such as biology there are new methods and strategies being found to treat various diseases. Some of the best technology and techniques can be made by small businesses because you are not limited by a reputation risk factor. What this determines is your ability to go off into a new direction and make unique products but without the fear of failure and brand tarnishing holding you back. One of the things that is being highly discussed is of course our genes. If a family has a history of liver cancer in their family, could scientists edit the genes of the fetus to take that part of the defect gene out. However this is being discussed as moral and ethical issues in the industry. But you do have other ways of impacting the genes and not having to alter them.

In epigenetics, various proteins are applied to the genes with the hopes of changing the behavior of the genes. Using a chip kit, a small business in the biological industry can work on this to create products that would compete with larger businesses. First they need to produce their own research papers and acquire funding. Then they can work in the lab and begin to create products that will help with defective genes without having to alter the DNA of the patient. This is one of the most innovative ways of tackling this issue and in particular, penetrating the medical and healthcare industries.

What would you want?

The whole point about starting up your own business is to make something that you believe will help or possibly change the world. However when businesses arise purely for the sake of plugging a gap in the market, then they will sometimes falter and become one-trick ponies. You don’t want this to happen to your business so you need a real plan and genuine energy and willpower to become a niche product selling company. The simple way of finding your own rhythm is to make something that you have always wanted to buy. What is your ideal product for something that you love doing?

Maybe you like going running, but have never found a trainer that gives you enough support in your ankle. Design a shoe that is still flexible but the mouth of the shoe is higher up over the ankle. You could make a product that you wear underneath your feet and clasp it around your ankles but still be able to wear a pair of trainers. This would allow you to go running but with that extra added support. Something like this is going to innovate a market area and allow your business to be seen in a different light to the major players in the industry.

Innovative businesses are always going to take risks when they come out with a product that has never been seen before. However the fear factor of failure should not hold you back. This is actually what stops large businesses from taking on incredibly unique designs and ideas. They have the money for it, but they don’t want to risk losing or having a failure on their record as a company. However reputation is earned and the more knee scrapes you take early on, the better your chances of dealing with risk in the future. You don’t have to pour all your resources into one project but you should try your best to be outside of the box.

Small businesses have the ability to take on giants and slay them. You should relish the inherent opportunities you have and create a niche product or service and not be held back by fear.